In response to a significant citywide gap between the college and career preparation programming available in Baltimore City’s public high schools and the growth of jobs in the city for which its graduates were unprepared, GSA’s founders, Larry Rivitz and David Warnock, imagined a new kind of high school in Baltimore City that would focus on 21st century career education, including the creation of a world-class academic facility that would one day enable city students to achieve their full potential and graduate with the tools they would need for career success. At the same time, they wanted to develop a community anchor that could create career opportunities for the families of the school’s students and the wider community in West Baltimore. 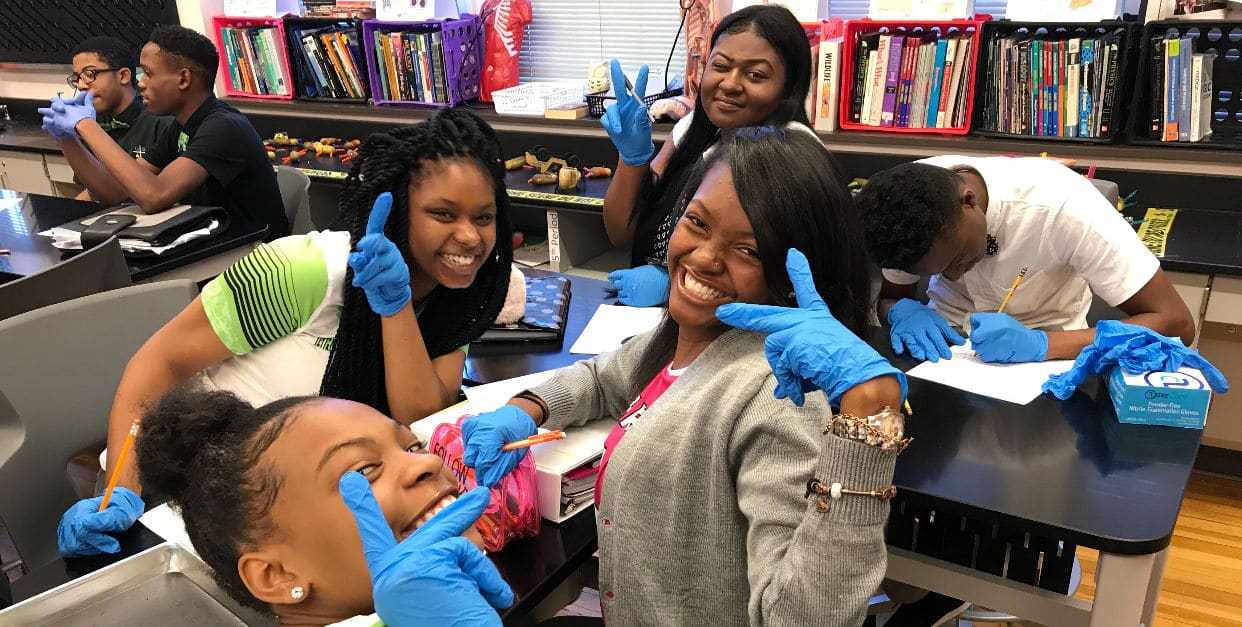 In 2009, the founders began working with the school system to determine the process that would make the school a reality. They first established a non-profit organization, Green Street Academy, Inc., that would serve as the school’s operator. They then joined the Superintendent’s school reform initiative by creating a “learning-to-work” transformation school for grades 6-12, expanding the original idea beyond high school, taking over the failed West Baltimore Middle School in 2010, and absorbing their remaining students while recruiting new ones.

To create and drive the plan, celebrated educator Ed Cozzolino, a seasoned and charismatic principal from Baltimore County, school turnaround specialist, and Maryland’s first Distinguished Principal Fellow, was hired as Founding Principal to lead GSA.  Prior to opening, Ed recruited his teaching staff, including veteran teachers as well as newly certified staff members from Teach for America and Baltimore City Teaching Residency, oversaw the many renovations required before welcoming our first 200 students, defined the curriculum and academic standards, and established the close-knit culture that have become the hallmark of GSA.

During his two-year tenure, Ed established the academic foundation and close-knit culture that still exists today. Ed knew that a school focused on strong academics, collaborative learning, and workplace skill development needed a solid foundation to develop effective students.  So Ed built its foundation on five core values: Scholarship, Integrity, Perseverance, Citizenship, and Sustainability. It was ultimately the promise of Sustainability that inspired our school name, the 21st century career preparation it would foster, and the economic and personal success our students would ultimately experience.  GSA’s brand was developed to encompass an entire culture, including our name, logo, tagline (Charge it Up!), team name (GSA Chargers), uniforms, brochures, and website, and even our signature “koi pond” at the school entrance.  Among GSA’s early visitors were Senator Ben Cardin, Mayor Stephanie Rawlings-Blake, best-selling author Wes Moore, and Congressman Elijah Cummings, who returned to GSA in 2015 to deliver the keynote at our new building.

In 2012, Ed Cozzolino retired; he was succeeded by Crystal Harden-Lindsey, a former Baltimore City teacher, social worker, and New Leaders’ Resident Principal assigned to GSA, who continued the work of managing and scaling the middle school, planning the high school, and leading the staff and students to achieve academic excellence.

By 2013, as enrollment exceeded 450 students, it became apparent that the original school location was insufficient in both size and infrastructure to allow GSA to realize its full vision of integrating student learning and community impact. Only by providing state-of-the-art technology and science labs, expanded academic and health services, green space for environmental studies, athletics, and adult workforce training could GSA reach its potential.  In order to address those opportunities, GSA hired its first Executive Director, Dr. Dan Schochor, who was charged with expanding GSA’s mission and presence in the West Baltimore community.

As practitioners of succession management, GSA’s Board of Trustees promoted Dr. Harden-Lindsey to Executive Director in 2018.  With her Principal experience at the school, coupled with her strategic vision and steady hand, Crystal is now leading GSA into the next decade, focusing on a major re-design of the high school’s programming with a new holistic focus on Innovation.  Preliminary planning includes deep math and science school-year interventions and inspiring after-school and summer programming for middle school students as the segue to a continuum of pathway-related studies from pre-engineering to entrepreneurship to living wage career skills.  Central to the strategy is the development of a new in-school 6,000SF Innovation Center, combining a maker suite and skilled trades’ lab, college counseling, internship placement, collaboration space, and open student commons for high school students to develop new skills and prepare for their post-high school futures.

Green Street Academy Board of Trustees